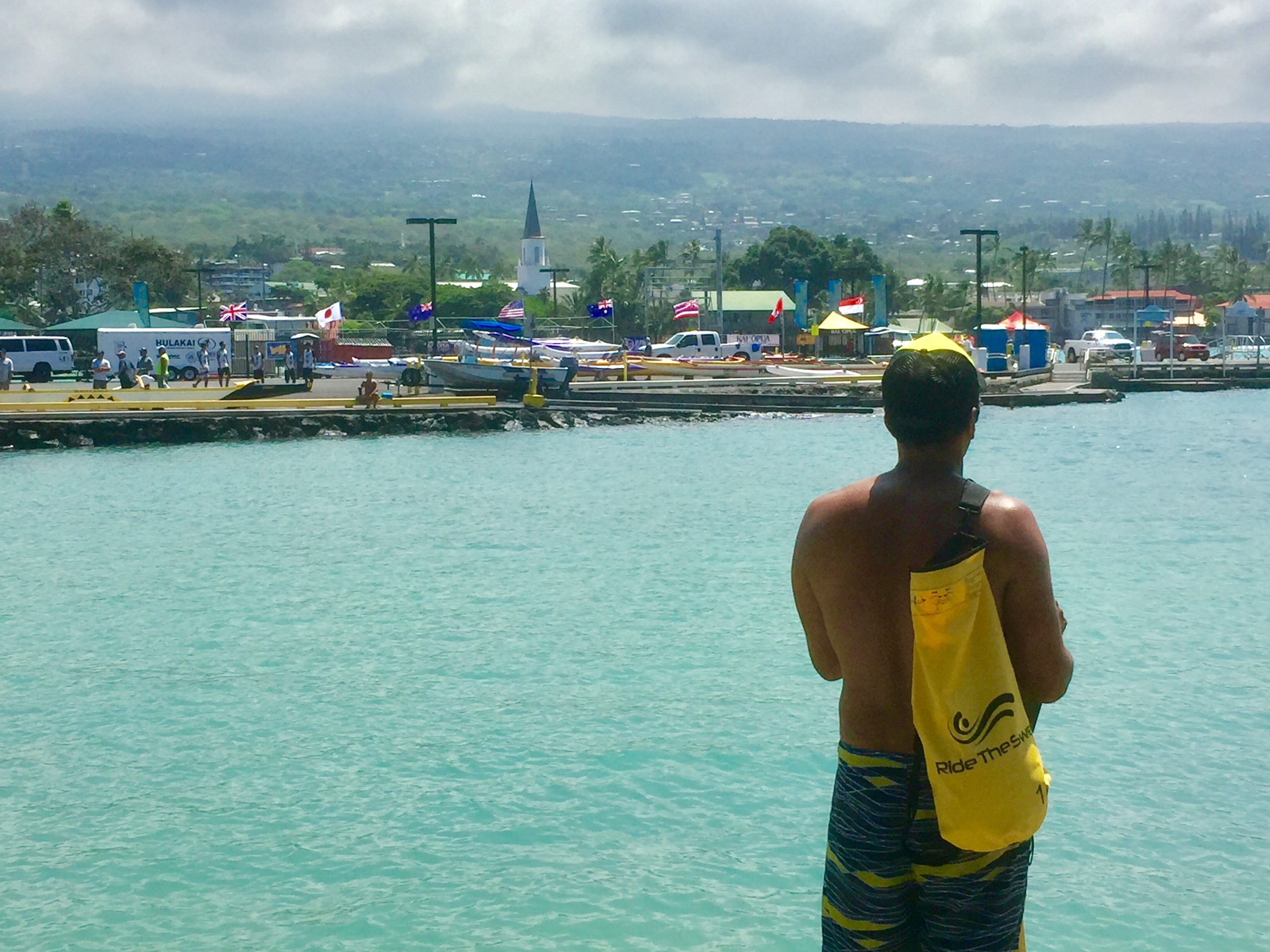 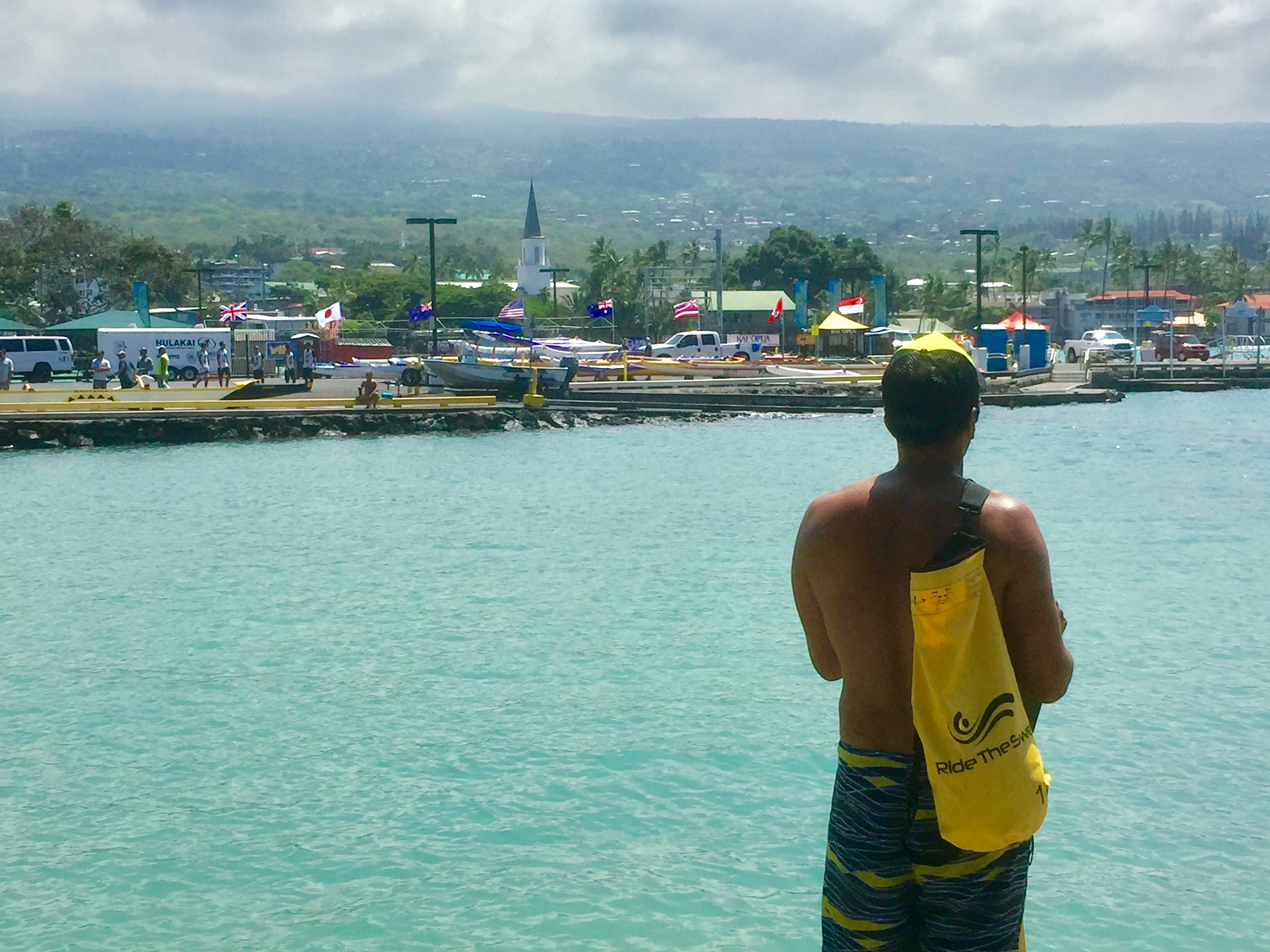 Saturday is the big event. 18miles (29km) along the coastline of Big Island, Hawaii. It’s hot and humid, a light breeze and small swell. But there will be over 100 canoes for the Wahine’s (Women), and the same for the Kane (Men). So it will be a fight for a position!

The Surfers Paradise Outrigger Canoe Club (SOCC) has brought two teams over from Australia; one men’s and one women’s. They have been training during their winter (offseason) just for this race. And they are keen and eager to hit the water.

Having arrived a week early to acclimatise, and do a little touristy sightseeing, they have scoped out the water, rigged their canoe, and had some fun with the OC4 relay race. It’s not time for the big event.

Ride The Swell has helped out with some Dry Bags for team members to keep their belongings safe and secure. The Wahine start their race at Kailua Bay, paddling 18 miles south to Honaunau Bay. When their race is done, the Kane swap with the Wahine and race the canoes back.

If you could do with a Dry Bag when you are out on the water, or just down at the beach, visit our Amazon.com store by CLICKING HERE. 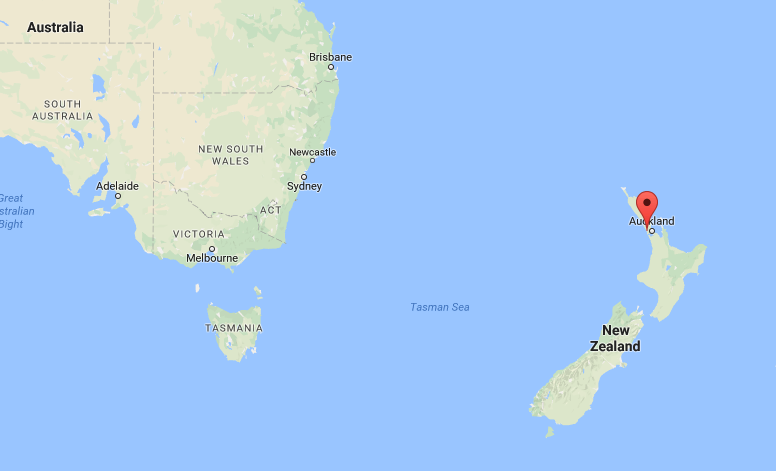 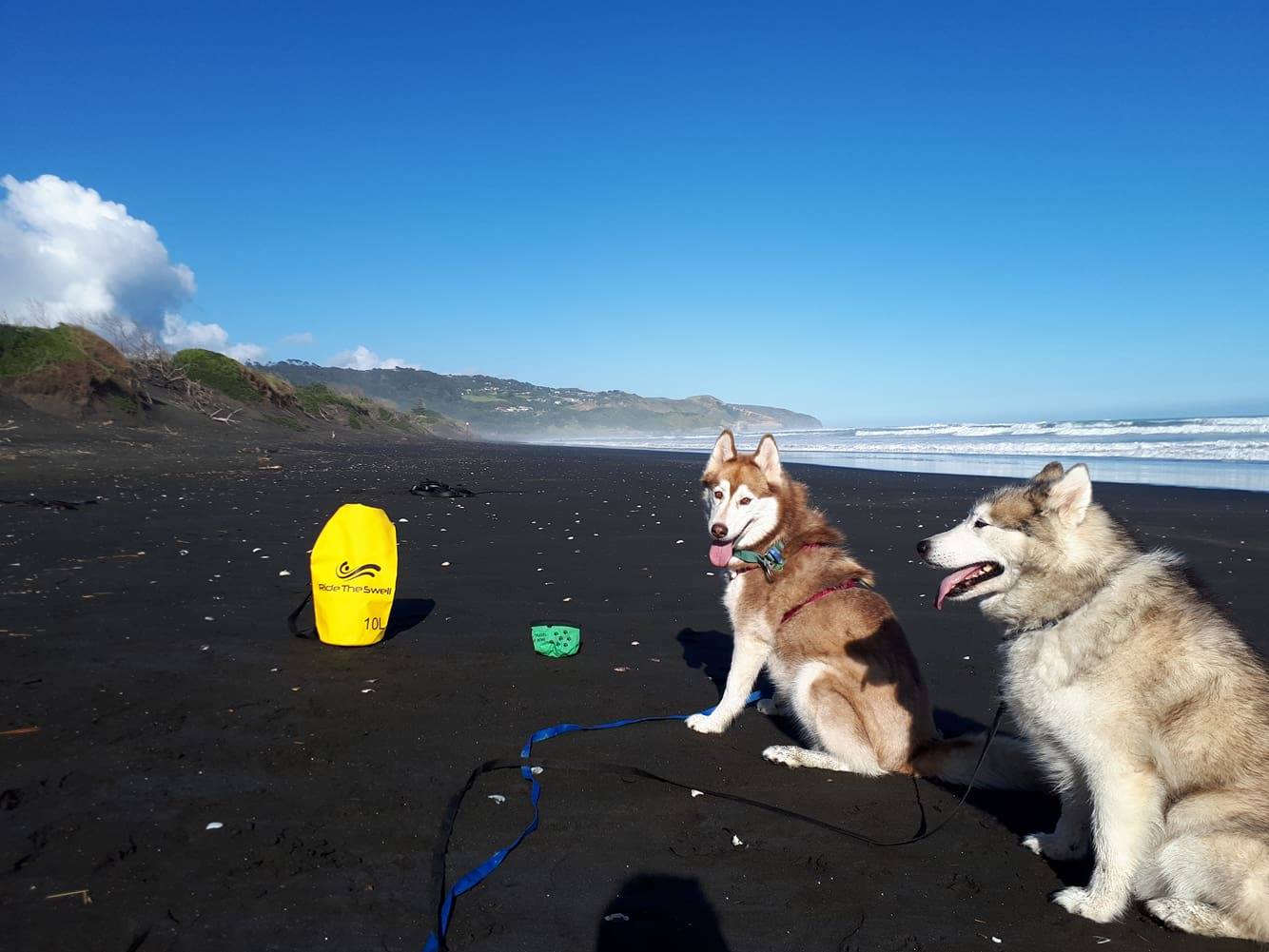 Ever taken the dogs for a long walk down to the beach? Paula took her Husky’s down to Muriwai Beach, New Zealand where the Swell was big and the sand was Black!

New Zealand has some of the best landscape in the world. Why else would movie director Peter Jackson have filled the Lord of the Rings trilogy and The Hobbit movies in the land of the long white cloud? The country is unbelievably diverse from the northern tip around the Bay of Islands, to the southern tip at Invercargill. And in between you will find everything from snow capped mountains, volcanic mud pits, rolling hills, glaciers, and surf beaches.

While most of the photos we receive from Ride The Swell Dry Bag owners is on sandy beaches or hiking mountainous trails, Paula had her two Husky’s down at Muriwai Beach. The swell was up, but you can’t go surfing with to pups in tow.

For most of us, the chilly water of New Zealand would keep us out of some of the best surf conditions. I’m not saying the Kiwi’s are crazy, but I knew one guy who would surf without a wetsuit through winter. Now, that’s truly crazy!

Paula, thank-you for sending us a pic of your dogs on the black sandy beaches of Muriwai, New Zealand. I’m sure the 10L yellow Ride The Swell dry bag helped keep your phone/keys/wallet clean of sand and water, and helped carry some snacks for the pooches. 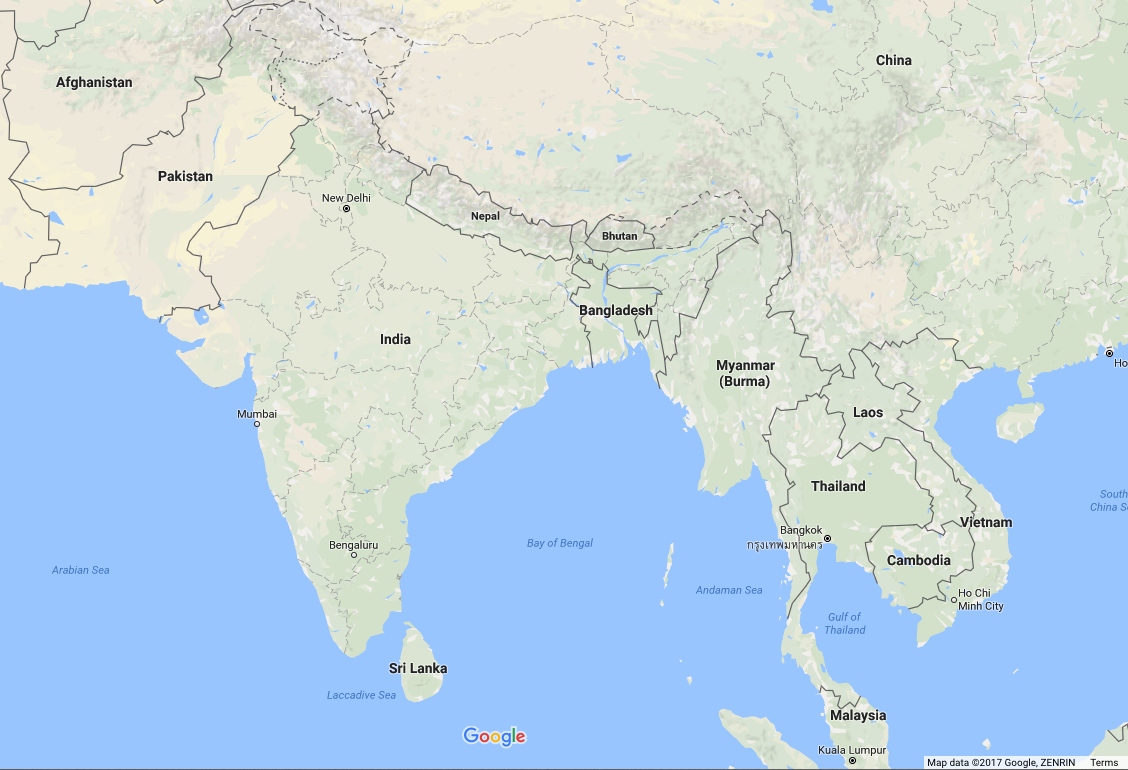 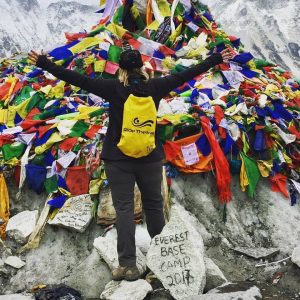 For some people, an adventure of this magnitude happens once in a lifetime. But for Sandra, an experienced world traveller, Base Camp at Mount Everest was only a little hill to climb!

I got wind of Sandra’s expedition as she was raising funds through Interplast for the Turia Pitt Everest Trek 2017. It wasn’t hard to get on board and support such a great cause.

Despite being a single mom with an 18-month old little boy, Sandra trained hard! Every spare moment was hiking up trails between Byron Bay to Noosa (Australia). Building up the stamina and focus to tackle this amazing adventure.

Well done Sandra, you are an outstanding person. And thanks for sending through a photo at Base Camp with your Ride The Swell 10L Dry Bag. 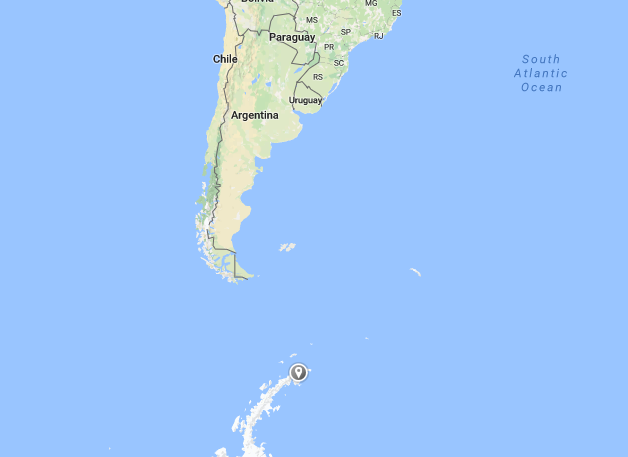 Most of the Ride The Swell Dry Bag users are people who are kayaking, hiking, or simply heading to the beach. But we recently received photos and an email from Liz and Sal, who ventured down to Antarctica! Here’s their story ….

One of the requirements for the trip was to take a Dry Bag. And with what we experienced, it was essential equipment. We decided to take a 20L and 10L bags, and both were used nearly every day. As the brochure said, no two days were ever the same!

Leaving Argentina, the cruise ship took 2 days to get to Antarctica. We were lucky enough to have several trips out on the zodiacs (inflatable boats). Taking our brand new camera, some food and water, and a few other belongings, the 20L Dry Bag was large enough and gave us reassurance that nothing was going to get ruined with water. And having the double straps was so handy when walking around the Shackleton’s camp.

None of the photos I have sent have been touched up. The colours there are amazing! And the wildlife absolutely abundant. Mind you, as cute as those penguins look, the smell is beyond belief!

Thanks RTS. We’ll be using our Dry Bags for many more adventures!

Thanks Liz for sending through your Ride The Swell story. Looks like Antarctica is going on my bucket list now too. 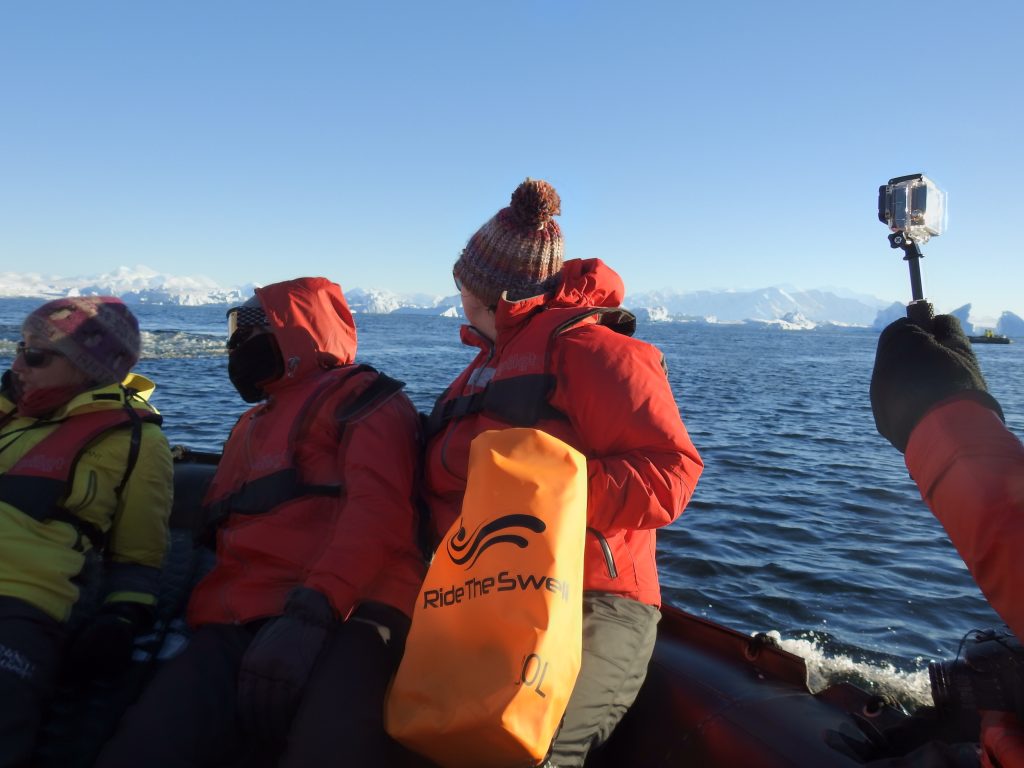 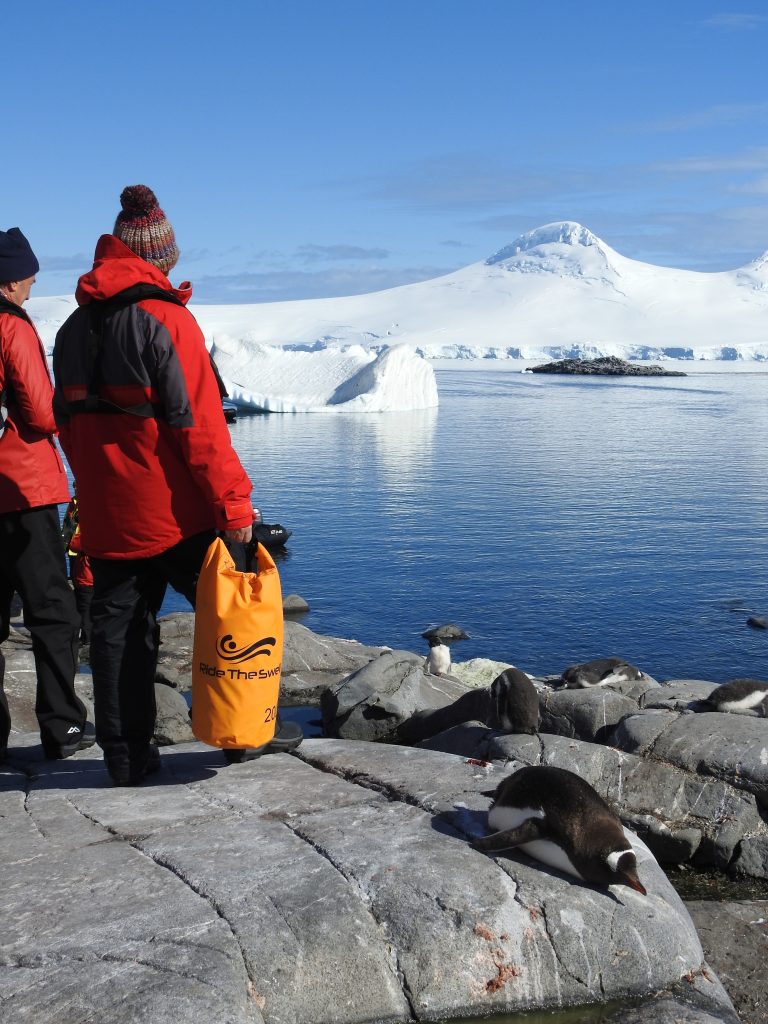 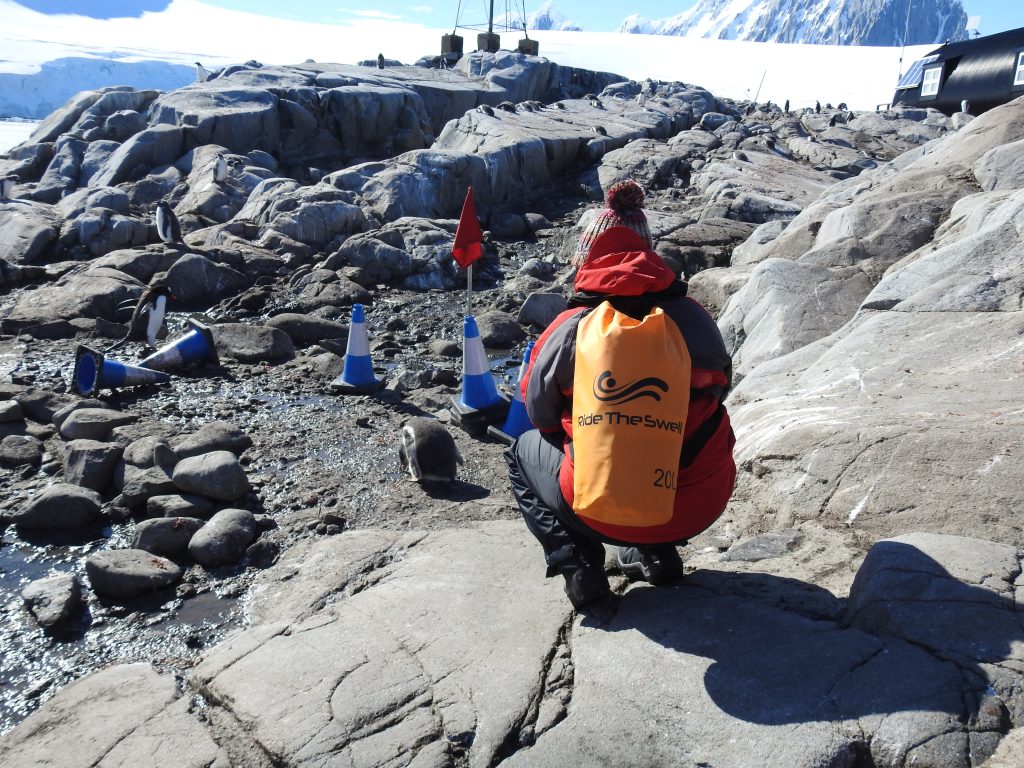 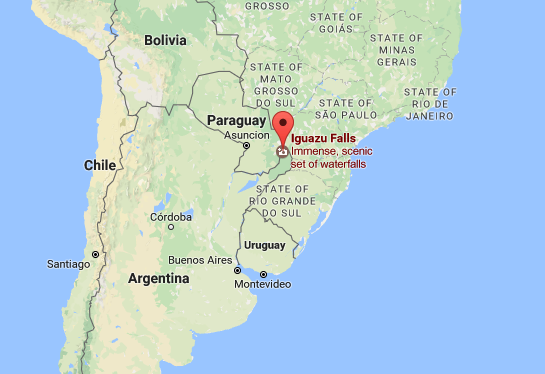 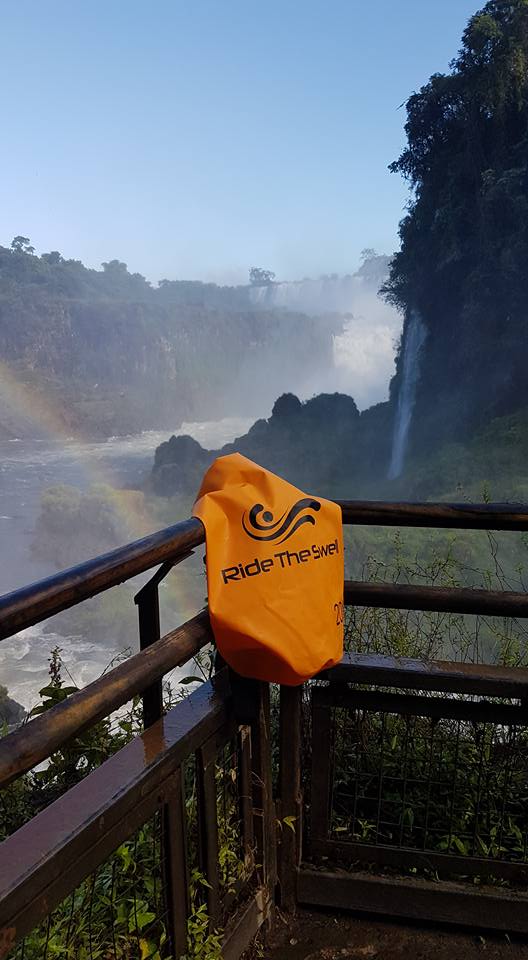 Sally recently used her 20L Orange Ride The Swell Dry Bag on her travels through Argentina. Here she as Iguacu Falls.Â She sent through this photo after taking a break on her hike.

“I didn’t want to take a lot with me, but I grabbed my 20L Dry Bag all the same”, Sally writes. “A water bottle, my hotel room key, purse, sunscreen and a throw over sweater. It was cooler than I thought, so I put the sweater on after we had stopped half way.”

This orange 20L Dry Bag has the Double Straps which makes it ideal for hiking. And while it might have been a little large for the activity for the day, it kept all her belongings secure and dry.

Congratulations Sally. That’s one great shot of the Iguacu Falls. And one great memory that will last a life time!